It’s been like 3 months since my trip in Vietnam and I never could get to an end my posts about Vietnam. Now I have to do it, they deserve it.

Everything started long time ago when I was thinking about making a trip to South East Asia and someone told me that I should see Vietnam because is nice, there are some war tunnels quite interesting. Then I was thinking: war, tunnels, secrets, unsafe, challenge, this is for me! And I got the plane ticket!

I haven’t research so much about Vietnam because it supposes to be a poor country which tries to build something after a long war, so I limit myself of figuring out where and how is better to cross the border. My only fear was to don’t be dropped in the middle of nowhere or have problems in getting the visa.  Nothing as these happened.

My first stop was Ho Chi Min City and here is where I got the information I wanted to know about Vietnam. I seen the Cu Chi tunnels which helped Vietnamese to win the war against Americans, what are the consequences on people and nature of the pesticides thrown by Americans, and how they rebuilt a country from nothing. And not only this, they helped their neighbors (Cambodia for example) to reorganize their country and move forward.

After the American war there was nothing growing over the soil, people had nothing left, only they proud of gaining a war against one of the biggest world power which I guess gave them the strength to move forward. I have and I will always have a special respect and admiration for Vietnamese people for their capacity of rebuilding a country from ash, working hard and being united. 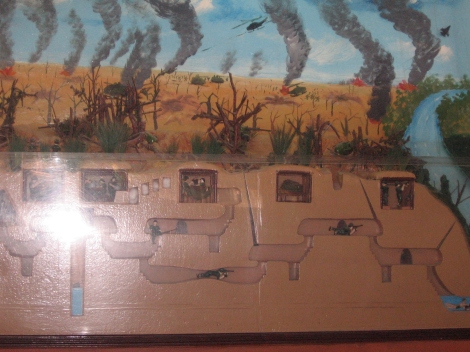 The organization of Cu Chi Tunnels during American War in Vietnam

And because I strongly believe a picture values more than 1000 words I will show you what is Vietnam:

Incredible beautiful beaches, clean, welcoming people, no toots, a very well organized tourism, happy people, hard workers who defeat the history and one of the biggest world power, this is for me Vietnam, the people I admire most! 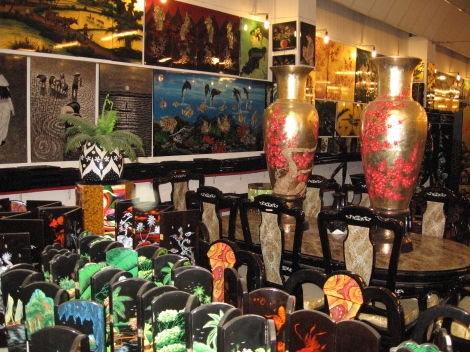 And… because life is a mister, I never thought I will get the chance to be hosted once again to a Vietnamese: she’s Thanh, my surf couch in Oslo and I thank her and to the destiny for giving me the chance to meet another great Vietnamese! And for hosting me in the cold and harsh Oslo!!

Follow The travel blog to inspire everyone to Travel More on WordPress.com

In TravelMore.Live we believe everybody who ever went in a trip is a traveler. We treat everybody equally independent of their travel experience. And our mission is to inspire you to travel more, to get out there and discover the world; to break the stereotypes and the human borders.

A travel picture is worth 1000 words

Sharing your travel stories may inspire somebody. We don't one to lose the chance of winning another traveler for the world. So here we give you the space to share your experiences. Just writes us to TravelMore.Live and we'll put your story on the blog.

The most recent TravelMore.Live posts to inspire you to travel more

At TravelMore.Live we want to inspire you to travel more no matter where, when, with whom, just go. If you felt inspired by our travel stories on this blog, just send us an email at travelmore.live@gmail.com with the travel story or travel photo you want to use, and we'll help me with the autorisation to use it.
Loading Comments...
Comment
×
<span>%d</span> bloggers like this: